What if Doctor Strange ever decided to take JEE 2019? 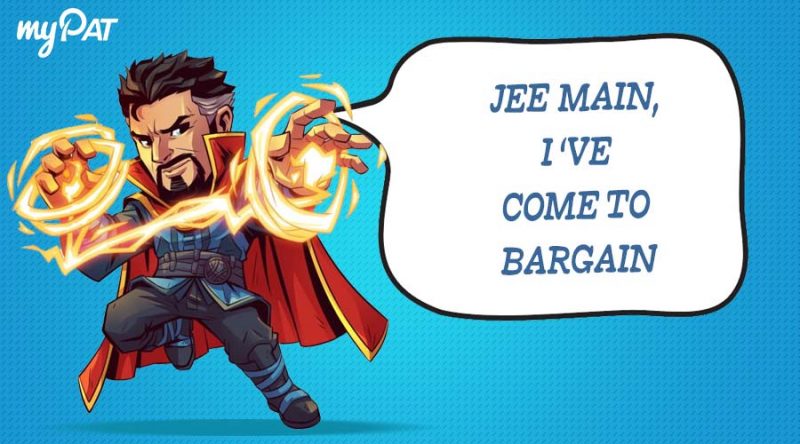 Superheroes are adored world-over. Who would not love to be one of them? Being brave, kicking bad guys’ butts, awesome costumes… sounds so cool, right?

But as much as they are supercool and popular, they are flawed too. They have their share of problems; they struggle through bad phases and ultimately emerge victorious, rising above limitations. Apart from being their ardent fans, we relate a lot to the situations that they face and are inspired by their actions.

For JEE aspirants, making it to the IITs amidst such cut-throat competition is nothing short of a heroic challenge. So, imagine if one of the avengers, Doctor Strange were ever to take the JEE, how would he do it? 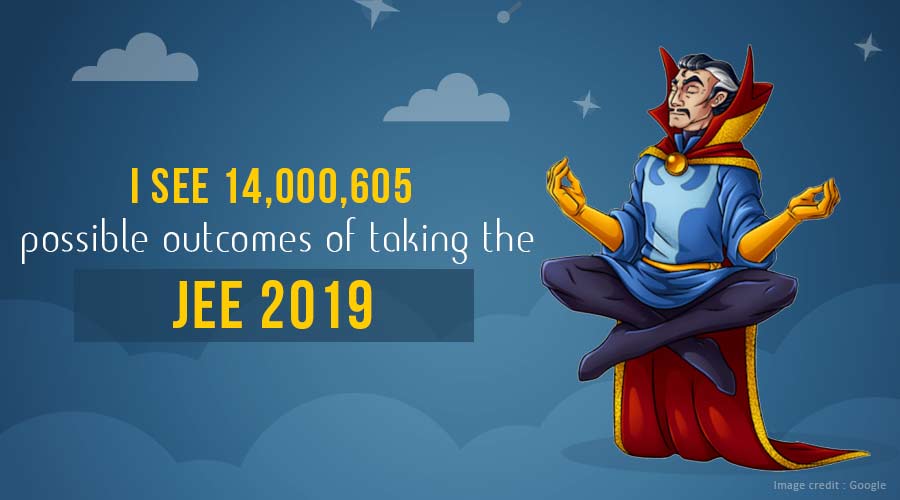 No, he did not consider putting JEE Main in a time loop, if that is what you thought!

If you have watched the movie, you must have noticed this scene where the Ancient One (Doctor Strange’s teacher) takes him to the Mount Everest. Until now, Doctor Strange has been trying to create a fire portal with his sling ring, but has not been able to. Hence, the Ancient One brings him to the Mount Everest, at a temperature freezing enough to cause anyone death within minutes. This is what their conversation looks like:

So, once he is left to himself on Mount Everest, Doctor Strange realizes he is in trouble. He fears death. Death can be avoided only if he succeeds in creating a fire portal and getting transported through it to Kamar-Taj (His Teacher’s house) within 30 minutes. He tries with all his might, fails a few times, but does not give up. Eventually, he succeeds in creating the fire portal and reaching Kamar-Taj in the nick of time.

What is the moral of the story?

Fear of failure helps you succeed.

In the above scene, the Ancient One puts Doctor Strange in a situation, where he is forced to learn. Fear of death or fear of failing to live is what makes Doctor Strange determined to learn and get back to Kamar-Taj, to survive.

However, this fear should not be mistaken for an expression of feeling paranoid, demotivated or disheartened. Fear of failure, in the right measure as shown in the movie, makes you act upon it and imagine only one situation- where you succeed.

Similarly, when you study for the JEE, study like your life depends on it. Do well in the JEE, not because you are afraid of failing in it, but because you cannot imagine yourself anywhere, but in an IIT Campus. If Doctor Strange ever took the JEE, this is how he would do it.

The moment this attitude sets in, you will be putting in the best of your efforts to make your dream come true.

There may be millions of motivational stories and successful people, but only the right attitude can help you crack the JEE! All the Best!