Increasing Number of Vacant Seats at IIT: What are Students Opting For? 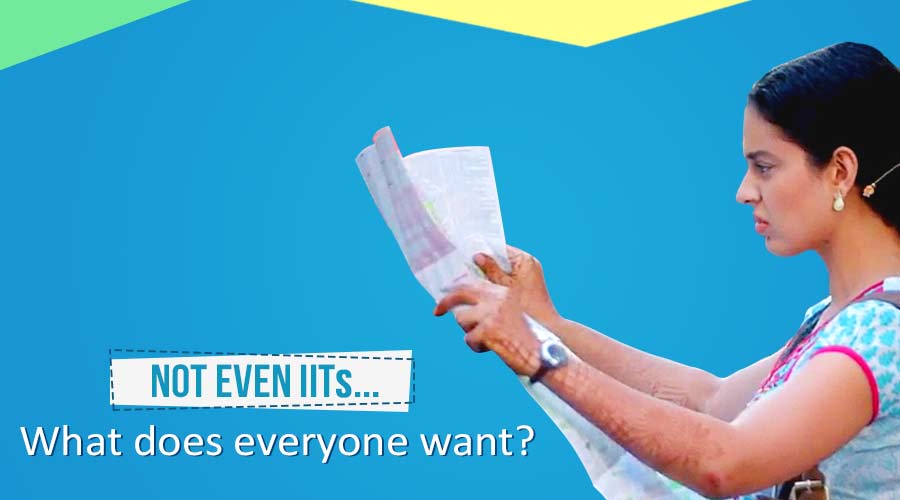 Who does not want to be in an IIT? After all, it makes sure you are settled for the whole lifetime (or at least that’s what our parents say to lure us)

Offering the exceptionally high pay packages and top-notch designations in MNCs, IITs attract students every year like a honeybee craving for flower nector.

That’s the reason aspirants go haywire while preparing for JEE for 2 years and cease to exist for the outside world.

If IITs spell value and students are ready to give in their sweat and blood, why is the number of vacant seats increasing every year? 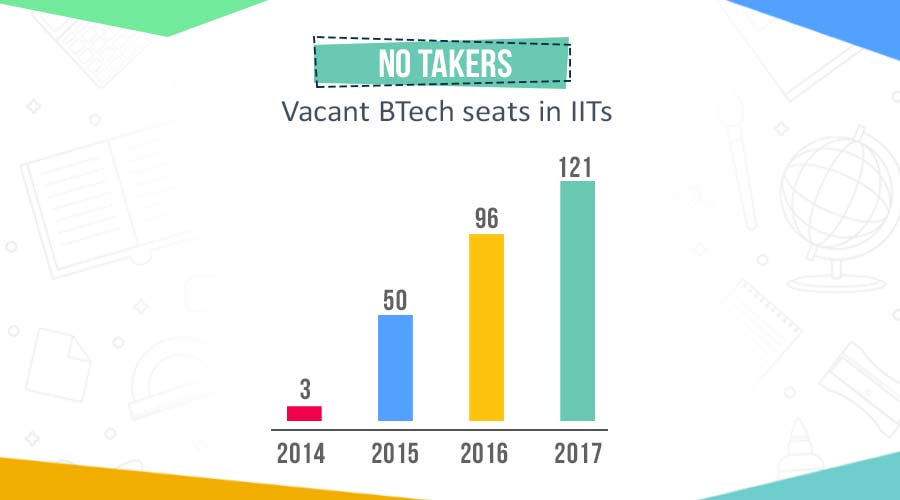 According to the data released by AICTE, as much as 50% of the engineering seats remain vacant in 2018.

Worried by this increasing number every year, the Centre has seeked IIT – Delhi’s aid and asked it to prepare an elaborative plan for the next 10 years.

The plan will include taking the corrective measures and certain requirements in the field of technical education. IIT-D will coordinate with other prestigious institutes and prepare a draft on educational reform in next 4 months. It will also analyse the job requirements and predict the demand for technical courses in the near future.

The Joint Admission Board (JAB) issued a merit list on June 10 according to which 18,138 candidates cleared JEE Advanced 2018. However, another revised list was released afterwards in which, as many as 31,980 candidates cleared the test.

However, some sources identify that one of the reasons can be the lack of confidence in new IITs. Some academicians had opposed the increase in number of the IITs so that the focus on the quality of education is not compromised. They believe that establishing more IITs recklessly only means that the brand IIT is taking a hit. 6 of the 8 new IITs established in 2008 have still not been able to move to their own campuses and are operating out of temporary locations. But there are others too, who believe that the new IITs are just going through teething troubles and will soon yield results after winning the confidence of the students.

A professor from IIT Bombay said, “Off late, students prefer institutes closer home, and don’t run behind brand names. By the fifth and sixth rounds if they find a seat in an IIT closer home, they don’t mind withdrawing admissions from the top IITs too,”