Home » BITSAT » BITSAT: An Exam That Is Second To None

BITSAT: An Exam That Is Second To None

BITSAT has been gaining popularity, ever since it’s inception in 2005. The academics of the BITS institutes in the field of engineering is considered to be one of the best in the country.

Some experts have come to the conclusion that BITS, if not better, is on par with the IITs. Many also have stated that BITSAT is more competitive than the JEE. Don’t just take our word for it, as we let some statistics and analysis speak for itself.

The prominence of BITS is quantifiable, as the number of students taking the exam is second only to the coveted Joint Entrance Test (JEE).

The number of seats in BITS has remained at a constant at 2000, whereas the number of students applying for the exam has been ever increasing. The ratio of seats available to that of the number of applicants in BITSAT is 1:79 and in JEE it is 1:15, making BITSAT more competitive.

Though the number of intake in IITs has increased, the number of applicants has been decreasing. This year more than 30% of students who qualified for JEE Advanced had decided to give the exam a skip.

When Pattern and Time Is a Factor

The time for each question in BITSAT is less and hence, speed and accuracy are of paramount importance.

The Added Quotient in BITSAT

JEE will test your knowledge in the subjects of Physics, Chemistry, and Mathematics (PCM) to the core. Whereas in BITSAT, besides the PCM subjects, the question paper will also test your English proficiency and logical reasoning. This can be a deterrent for students who don’t have a good command of the English language.

The added sections make BITSAT different from JEE and require extra input from aspirants for the exam.

The Battle of Cut-Offs

The cut-off of BITSAT is on the higher side and there are no reservations for any special categories, making the exam even tougher to crack.

The average cut-off of BITSAT is around 260 out of 450 marks, which is higher than the cut-off for JEE, which is around 120 out of 350 marks. The battle for fewer seats in BITS campuses at Pilani, Goa, and Hyderabad is a fierce one.

The Birla Institute of Technology is one of the best engineering colleges in India. The repute of this institution isn’t behind the famed IITs and will give a great career prospect once you have graduated from it.

The road to BITS campuses isn’t as easy one and hence your preparation must be of similar standard.

Reap the benefits of our exclusive preparation resources and extensive practice test library. Get started with your BITSAT preparation. Take your first test on myPAT.in, don’t worry it’s on us!

« #TopperInterviews: How important is online practice for JEE ?
NTSE 2018: Stage 2 Result to be Declared Soon By NCERT! » 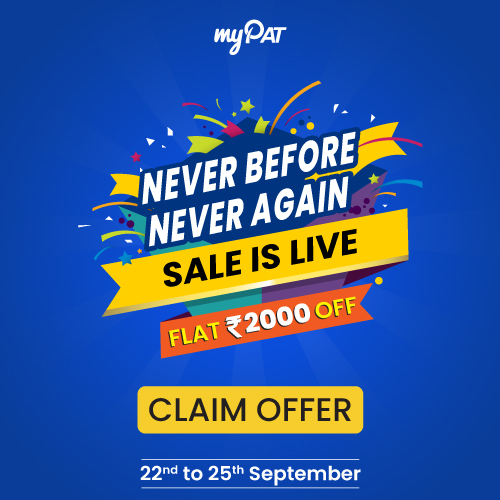 Online mock tests and their importance during preparation