We Bet You didn’t Know These Facts About IITs 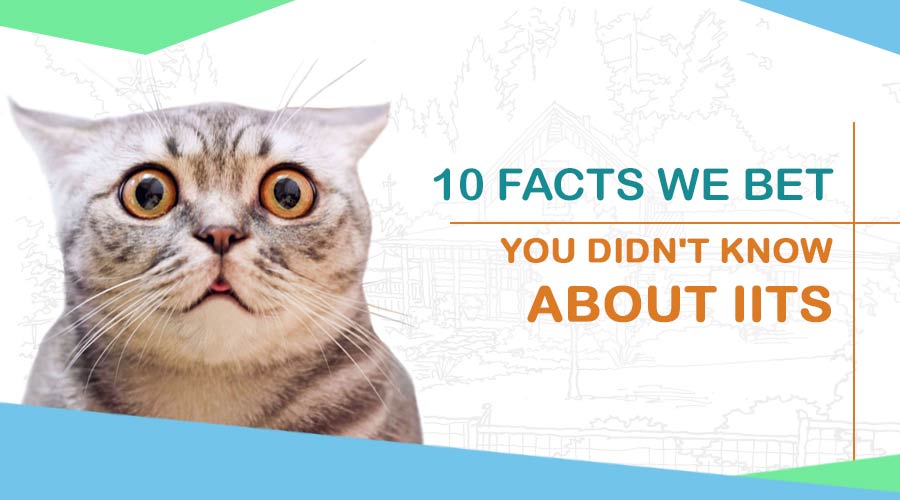 Is studying at IIT your life goal? The aim of your life? The ultimate nirvana?

Yeah, why should it not be! Every year, news about IIT placement packages soaring as high as 1 crore per annum and jobs based in attractive foreign kindle the IIT flame in hearts of millions of students and parents across India.

Anyways, while we are at pay packages, let’s take a look at some of the highest packages offered to the IITians in the past:

Lost in your expensive dreams already?

Hold on… there are bigger and many other interesting reasons for IITs being so famous and wanted, that are worth knowing.

Apart from being the premier engineering institutions, IITs are a place where preference is given to the superior intellect.

IIT’s make their graduates multi-faceted. Not only are they the best, also deeply ingrained with values like discipline, integrity and leadership.

Here are some mouth gaping facts about IITs:

How to prepare for JEE Main

Now when you know how cool your life at the IIT campus could be, it’s time to work hard and emerge as a winner.

Here’s how you should study for JEE Main:

Competitive exams require students to undertake concept-based learning, unlike school exams. Begin with NCERT to have a preliminary understanding and subsequent reference books to gain a more comprehensive idea.

2. Is it necessary to be off social media?

While a lot of JEE toppers log off from social media for 2 years to stay focussed, a lot do not. Lots of communities and groups on Facebook and other social media platforms help in solving doubts promptly and have productive discussions, which may prove useful.

3. Consistency makes you stand out

Improvements in anything always happen gradually. Likewise, for JEE Main. If you are weak in any subject, monitor your progress regularly on the same and keep practicing. Also, perform consistently across tests.

Knowing your mistakes is only the first step. Improve on them to ensure you are on the right preparation path. Maintain different notebooks while doing revision:

* Write down the important formulas

* Make a note of important questions

Once you categorize all your mistakes, prioritizing them and studying becomes easier.

5. Practice tests that are close to the real exam environment

Enroll in the online mock test series, which will ensure that you are exam-ready. Additionally, simulated exams provide you with personalized insights that will save time and channel efforts towards those areas which require more attention and practice.