Mathematics and Chemistry were of moderate level whereas Physics was relatively difficult. Paper I was more inclined towards class 12th than class 11th syllabus. In section 1 there were six questions that had more than one option as the correct answer. There were two comprehensions in section 3 and each comprehension had two questions each. In section 2 there were eight questions where the correct answer was in numerals rounded off to the next decimal.

What changed this time around? The maximum marks of the Paper I were reduced from 183 to 180 this year.

Like paper I, Paper II’s section 1 had six questions wherein more than one option was correct. In section 2 eight questions were of integer type wherein answers ranged from 0 to 9.

Even though the number of questions when compared to JEE Advanced 2017 remained the same, like Paper I, the marks of Paper II were reduced from 183 to 180 this year.

Many students found the exam difficult, especially Paper II, when compared to Paper I. Many took to social media to vent out their emotions. The integer type questions in paper II were more difficult as the range of options were increased.

The exam was not devoid of any issues as some students complained about the poor facilities in exam centres. In Peeneya (Bangalore) centre, the second paper started at 4 p.m. due to power cuts and network failure, making it difficult for the students to give exam in that centre. 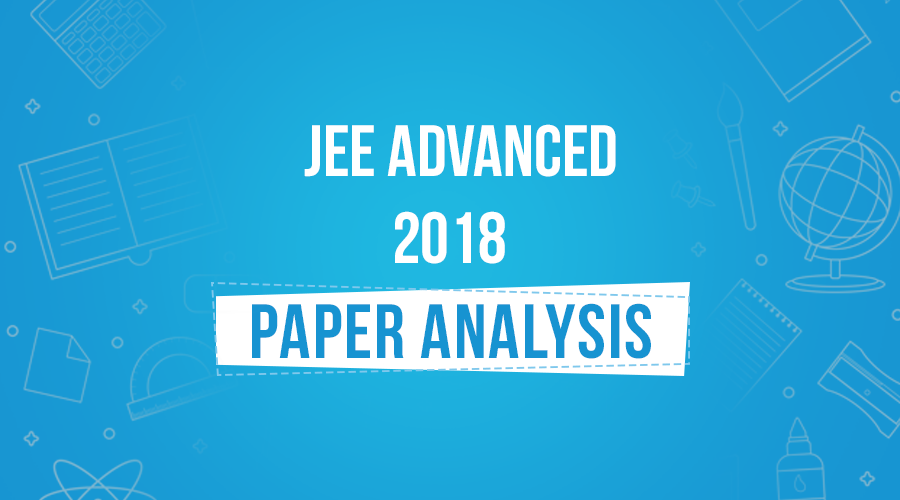