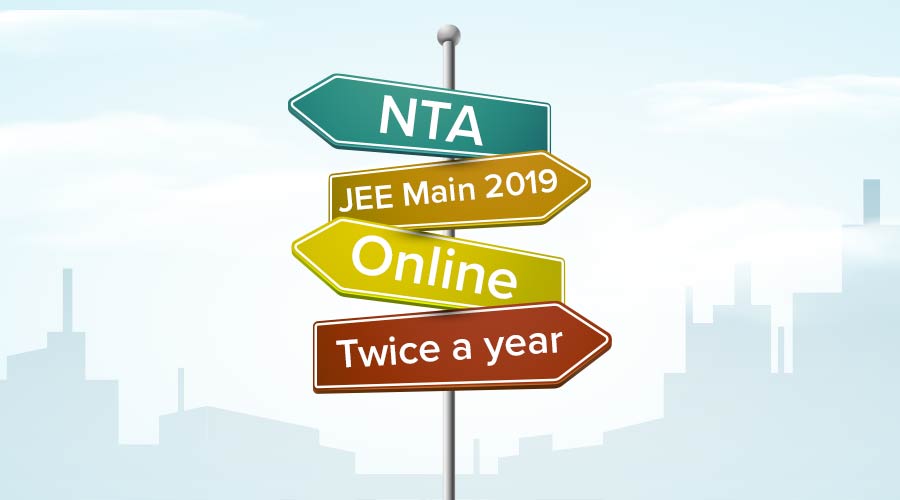 The Human resource development minister, Prakash Javadekar finally gave a break to all the NTA and JEE Main speculations on 7 July by making the important announcement in a press conference.

NTA has also got its official website setup at: nta.ac.in

After which, there started another round of queries and deliberations on what major changes are expected for 2019 IIT JEE aspirants.

What is National Testing Agency (NTA)?

With the new organisation(NTA) being in place for JEE Main, everyone is curious for knowing more about NTA.

National Testing Agency is registered as an autonomous self-sustained premier testing organization to conduct entrance examinations for higher educational institutions. NTA is supposed to take over all the entrance exams conducted by CBSE including JEE Main, NEET, UGC NET, GPAT and CMAT. From 2019, NTA will conduct all these 5 exams and will gradually conduct other CBSE exams as well.

Mr Prakash Javadekar has made the announcements mentioning the following points:

The most common query raised by the droppers was if they were eligible to take both the exams and would it be considered as a single attempt or 2 consecutive attempts?

So, after listening closely to the statement of Prakash Javadekar where he says that the best score will be taken into account and students can appear in either of the two or both, it can be said that it will be considered a single attempt only. The main intent behind the choice of taking the exams twice a year is that students will not lose one year and will get another opportunity to prove themselves and hence score better.

Brace yourselves up for the online mode of JEE Main 2019 and don’t miss your chance at taking both the attempts. Because it won’t harm you in any way rather will prepare you better by getting familiar to the exam mode.

« myPAT Community: When in doubt, Ask and when you know, Inform!
KVPY 2018 – ONLINE MOCK APTITUDE TEST! »